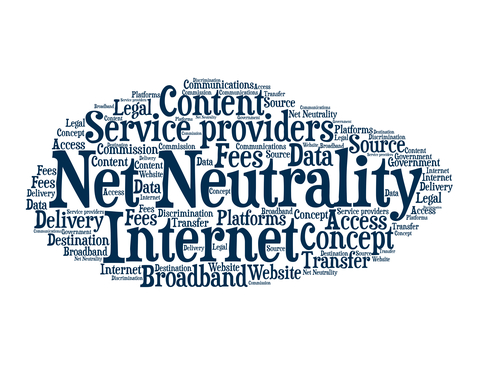 The fact that a ubiquitous Internet could spark a 15-year power struggle between the government, public citizens and corporate America is a bit of a shock. ‘We the people’ know that freedom comes with guidelines. What was unexpected is that net neutrality would become a contest of wills; between those who draw the line at no regulations, and others who want to use regulations to their advantage.

On March 14, 2002, in an effort to promote “widespread deployment of broadband services,” the FCC declared cable modem services to be “interstate information services,” and therefore under their jurisdiction. However, since cable modem services did not include separate telecommunications services, they were not subject to common carrier regulations. And, so it began.

It was April 23, 2003, when Law Professor Tim Wu would first coin the term “network neutrality” in his legal review, entitled Network Neutrality, Broadband Discrimination. From Wu’s perspective, “the promotion of network neutrality is no different than the challenge of promoting fair evolutionary competition in any privately owned environment – whether a telephone network, operating system, or even a retail store.”

Pick a Side, Any Side

Over the next 15 years, the FCC would waffle back and forth from enshrining net neutrality as law in the Open Internet Order of 2005, to being chastised by D.C.’s Court of Appeals nine years later for stepping over its own line.

On January 14, 2014, the Circuit court vacated and remanded portions of the FCC’s Open Internet rules (following the Verizon v. FCC opinion). While the court agreed with the FCC’s authority to promote Internet growth, it also cautioned that the FCC couldn’t have it both ways; treating Internet access like a telecommunications service and classifying it as an information service.

Similar to ‘open source’ benefits, net neutrality works to preserve the Web as a level playing field of access for freedom of expression, research, or income generation. The world-wide-web innovators always intended for their inventions to be open and fair to users. And, it’s working so far. Net neutrality means keeping an open platform for end-user control, open competition, and the ability to create without permissions.

Losing net neutrality would negate the obligation for providers to publicly disclose accurate information sufficiently; regarding their network management practices, performance, as well as the commercial terms of its access services. This would make it more difficult for consumers to choose wisely from the range of such services; and could very well prevent start-up entrepreneurs from marketing their innovations via the Web.

And the Beat Goes On…

Fast forward to December 14, 2017, and the FCC has voted to repeal the Obama-era Net Neutrality rules. This move is getting a lot more flack than usual; mostly due to the political bonfire net neutrality has sparked.

Ultimately, it’s up to Congress now, and whether the repeal will be undone or stand depends on the House and the Senate, and the President. Will these latest actions make it all the way? Only time will tell.

If you find yourself in need of expert forensic services, fill out the Contact Us form. Prosecutors, plaintiffs’ attorneys, and both public and private defense attorneys consistently turn to us for our unparalleled experience in the field of computer forensic services.

Forensic testimony is given by an expert witness using their expertise…