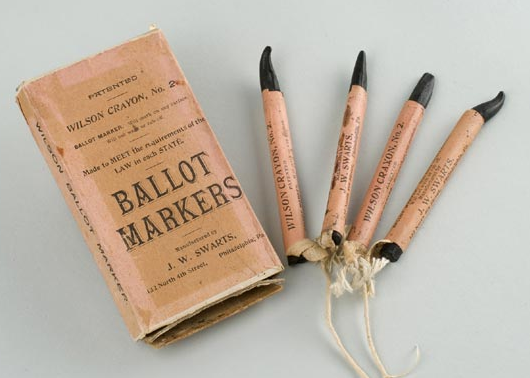 It appears that politics has once again ended up right in the middle of our inalienable rights as U.S. voters. Homeland Security just broke the latest news that yes, we did have intrusion of voter registration in a handful of 21 targeted states during the 2016 election. This, after months of denials from various levels of official entities that anything extraordinary had actually taken place.

Unfortunately it’s not that difficult to imagine this kind of foreign penetration taking place. It’s not rocket science that mixed messages are a distraction which opens the door to interference by our adversaries.

Between states’ rights to oversee voting, federal government funding to ensure proper voting techniques, voter privacy and commonplace online registrations – what we have here is a quagmire of regulation vs. sensible responsibility.

From the very beginning, the process was all about exclusion. Not everyone may remember that fact, but beginning in 1776 only male, Christian, white landowners were allowed to vote. In fact, the election of George Washington for president took place in 1789, when only 6 percent of the population could vote! During the Civil War, property ownership became less important, allowing military men to vote. Voters were required to register as the rolls of ‘qualified citizens’ became larger and visual recognition was no longer possible.

In 1870, the 15th Amendment to the Constitution was ratified, defining that votes could “no longer be denied or abridged by the United States or by any State on account of race, color, or previous condition of servitude.”

The remaining strains of suffrage for black females and all white women were later removed by 1920 during the women’s suffrage movement. However poll taxes and literacy quickly denied American blacks this fundamental right. Rather than accommodating the poor and illiterate and giving them an equal opportunity to cast their vote, this factor perhaps represented the original intrusion of voter registration rights.

It was not until President Johnson’s Civil Rights Act of 1964 that the true turning point in the USA’s history began embracing blacks as full citizens with equal rights under the Constitution.

Man vs. the Machine

I was a special agent on the 2000 Bush vs. Gore campaign, assigned to the Technical Security Detail (TSD), and experienced first hand the chaos of individual state voting systems. Since the controversies in South Florida surrounding that presidential election came to a head, everything from eligibility of voters to the equipment and tracking systems have been up for discussion. Unfortunately, only the discussions remain and solutions have not.

In 2002, the Help America Vote Act jumped in to provide federal funding for states to replace antiquated gear-and-lever machines and punch card ballots with the more advanced optical scan or direct recording electronic (DRE) systems. Even as I write this, our superior U.S. technology has not even adopted proven and functional biometric identification, while countries throughout the world have 100% biometric identification in place.

It’s not that surprising that a mixture of both the new as well as the old systems are still in place as of February 2018! In fact, it would seem to be a bit of a phenomenon that our voter records have been maintained with the consistent validity they are attributed with. And yet, complaints to the contrary always “come to light” during presidential election years, when so much is seemingly at stake.

I was one of the first 12 United States Secret Service special agents to be certified in cyber forensics in 1997. It was quite apparent to us that the problems related to the Internet would expand past the traditional criminal activities.

It’s hard to believe it was only back in 1992 that the Internet began to weave its way into our voting processes. It started with interactive technology, when nearly 2,000 emails a day were dispersed from local state candidates for local Mayor and Governor positions. Recipients were allowed to request position papers and additionally receive typewritten Q&A’s from any campaign on the ballot.

When Ross Perot (former Navy Vet and IBM salesman) announced his intention to run for president in 2002, he advocated for balancing the budget and ending job outsourcing. Perot also established the Reformed Party, with the enactment of electronic direct democracy. This was the beginning of promoting democracy via information and communications technology.

This online interactive map, compiled by our federal census bureau, compares the percentage of voter registration vs. eligible. The results are broken down by age, race, gender and level of education. These statistics for each state were compiled during every presidential and congressional election since 1996. Interestingly enough, in the last 6 presidential elections, the total number of states in each sector of percentile votes (from 47% to 74%) are significantly similar; regardless of claims to the contrary.

So much has changed, yet so much remains the same…

One thing is for certain – few companies have held their ground in the computer security industry. Cyber Forensics has the dedication and talent to respond to your computer security event (same day), or train your employees in cautionary techniques! Our experience in network intrusion, investigations and expert witness testimony gives both private and public attorneys a solid base on which to build their case.